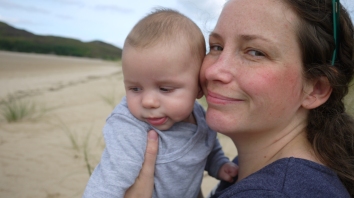 Billy Bob and I

After eight years faffing about making cushion covers, its about time I actually made something a little more entertaining. Plus our house is resembling a padded cell as I stopped selling the damn things years ago.

Under the guise of studying for a Masters in Graphic Design, I attempted to make the world a happy and comfortable place, this time on a metaphysical level. (I have just graduated with a distinction, after three years of hard work.)

Well, that was the plan. My current work comes from a long line of failed projects involving attempting to bring joy and fun to strangers. I don’t have a higher purpose.  I’m not Cliff Richard or the like, I just like making people laugh. I should have been a comedian, if it didn’t matter that I’m crap with jokes.

I like making things that make me smile. I like making things that encourage people to see the world with rose tinted sunglasses, even for a second. The world’s depressing enough without a light relief here and there. You could almost say I am trying to polish a turd. But as Paul Calf said “Inside every bag of shite is a sliver of gold, even if it is the wrapper from a caramac bar”. Wise words.

please let me know what you think! Cancel reply